Ranked: Every Premier League Crest of the 2020 Season 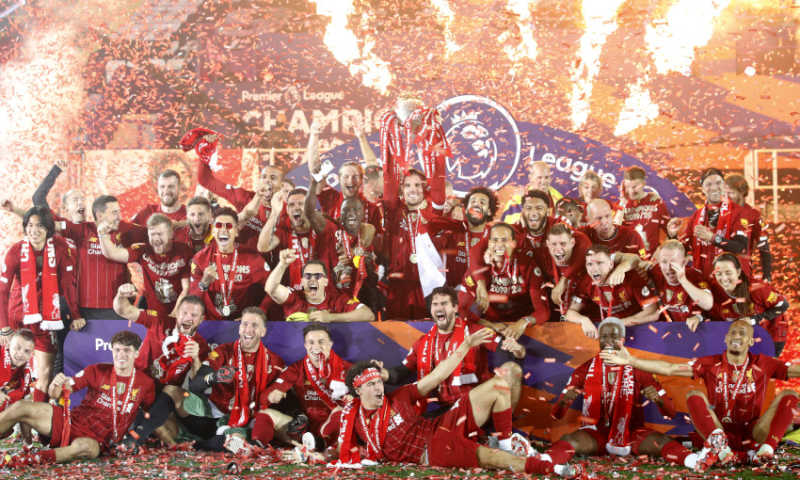 From traditional to modern, we look at graphic design in one of the world’s top sports leagues.

If you have a favorite sports team, take a second and think about their logo. Whether that image gives you feelings of excitement, pride, or shame (depending on the season), that’s a powerful example of graphic design at work in our everyday lives.

And there’s no sport more beloved than football/futbol/soccer/the thing I take my kids to on the weekend.

The world (and my apartment) is gearing up for the kick-off of the 2020-2021 Premier League season, and to celebrate, we wanted to look at the badges of the 20 teams competing in this year’s league from a graphic design perspective.

Club badges are a great illustration of the idea that graphic design is about communication as much as art. We want to look at what each crest says in addition to how it looks. Usually, what these crests end up saying is, “I will lose to Liverpool.”

How long have I been trying to come up with a blog that would let me write about this? No comment. I’m not going to question it, though. Let’s go before someone changes their mind. 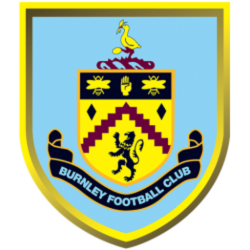 Burnley, you should have quit while you were ahead.

The banner, lion, and color scheme? Great, love it. But then you throw in a burgundy step pyramid (supposed to represent the Burn river), a couple of bees (the towns industrial history), a disembodied hand (literally the one part you can’t use in soccer), and a stork apparently in the middle of a juggling act. To top it all off, you circumscribe this shield in a larger shield.

I’m not sure what you’re trying to tell me, Burnley. This seems like the symbol of a secret society and not a logo for a sports team. 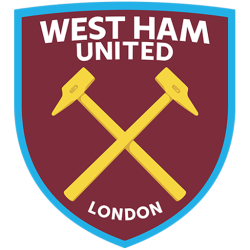 Simplicity can be incredibly powerful in design, but for it to work, every element needs to be perfect. West Ham (confusingly based in East London) falls short. The hammers  that make up the focal point of the badge look a bit too much like clip art. This is, by far, the easiest badge to recreate for yourself in Microsoft Paint, and that’s never the image you want. 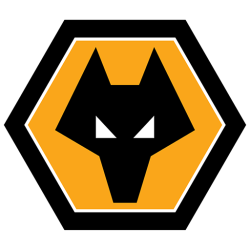 There’s one element I like about Wolves’ crest, and it’s not the...y’know, wolf. It’s the hexagon. It suggests a harder, rougher edge that suits this industrial midlands town. But that same angularity doesn’t work for the wolf at the heart of the design. It’s neither realistic or iconic, it’s just alienating. That takes away from it’s power to intimidate because it takes away the symbol’s meaning.

That said, I love the color scheme and, if their mascot was a bee, it would be perfect. 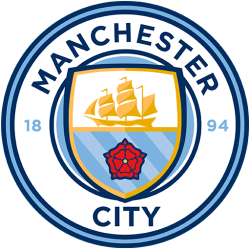 There’s a lot happening here. Not as much as Burnley,  but between the ship, rose, stripes, shield, circles, name, and date, it feels kinda cluttered.

Maybe it was the weight of all that extra embroidery on the crest that slowed the players down, causing them to come in second to Liverpool last season.

When I tell you that the current Arsenal crest was designed by Nike in 2002, you probably aren’t too surprised (just search for “2002 Nikes” and you’ll see what I mean.

Through this whole list, you’ll see a tension between traditional and modern designs. To me, the Arsenal badge falls in the unfortunate “modern for 20 years ago” category. I’m somewhat fond of Arsenal, but this logo doesn’t make me feel much of anything. It makes me want to buy a Sega Dreamcast.

Wherever I move, the eyes of the fox keep following me. Good branding should connect with the audience, not bore into their very souls.

Otherwise, the design is pretty mixed here. There’s just enough white space to keep the name readable, but the combination of the fox and Yorkshire rose is too much. Sometimes you have to lose an element you really like to make a cohesive whole.

Fulham surveyed their fans about 20 years ago and found that the majority of their own fans didn’t recognize the team’s old logo. Part of that was that their logo was the borough’s coat of arms, which the club did not have rights to merchandise. So is the current logo better?

It’s recognizable, having a distinctive composition compared to other entries on this list, but that design doesn’t really communicate much. Knowing nothing about them, you can’t learn anything by looking at this, so as design, it fails to communicate.

Typeface is important. Please, I beg you, if you want to use a script-type font, join up the letters. This reminds me of the worksheets my third-grade teacher would give me to practice my cursive. 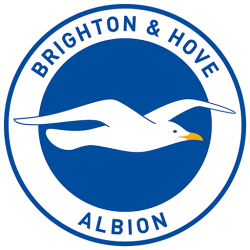 This badge gets made fun of a lot, but I’m partial to it. If you want a ferocious animal in your logo, a seagull is a great choice—as anyone who has ever tried to eat lunch at the beach can attest.

It’s simple, but it reflects the town and club. One glance and you know something about where they’re from. You may not think it’s intimidating but try telling me that after running down the boardwalk trying to protect your chili dog. 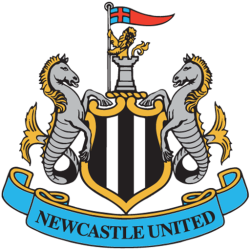 This is mostly a strong design, but that’s a very literal interpretation of “seahorse.” Otherwise, a pretty classic design. Not too cluttered for being full of traditional elements. It’s just hard for me to get over those science experiments on either side of the shield. 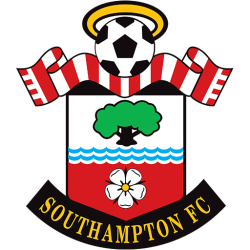 Another one that shouldn’t work on paper, but actually comes together well. The reason? Every element leans heavily toward the iconic rather than trying to be realistic. Too much realism here would overload the design, making it incomprehensible (see Burnley). The Saints pull it off. 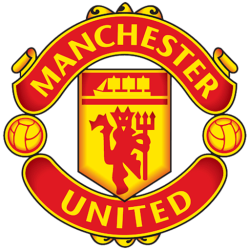 It pains me to admit it, but I sort of like this one. It verges on too busy, but the iconic imagery saves it. The centerpiece, which harkens to the team’s nickname, the red devils, doesn’t try to be too realistic, and is more effective for it.

That said, I hope they never win a league title again.

As a Liverpool fan, am I biased against Everton, their local rivals?

Yes. But it’s still a good design. The iconic image of Prince Rupert’s Tower (which Liverpool police actually use as overnight holding for intoxicated people) is a strong local marker, which may not mean much to international fans, but to locals carries significant meaning. The club tried to redesign the badge a few years ago to make branding easier in digital media. Supporters rightly revolted and that led to this more classic design.

Maybe it’s time to retire the “Nothing but the best is good enough” motto for a club that hasn’t finished higher than fourth in the last 30 years.

The second-most modern design in the league, this one comes together better than Wolves. It projects dignity, the club feels stately, and classy. At the same time, the design is clean and iconic. The only failing of this design is that it doesn’t answer the question: what the heck is a Hotspur? 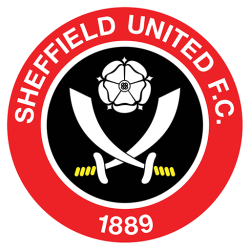 This is a lesson in the importance of establishing your brand.

Since the 19th century, there have been two major teams in the steelmaking town of Sheffield—United and Sheffield Wednesday. Given the town’s main industry, the two clubs used the nicknames “Blades” and “Cutlers”. United, understandably, wanted to be known as the Blades, but Wednesday felt it should be theirs since they were the older club.

In 1907, a cartoonist—not knowing anything about the dispute—depicted Wednesday as an owl (since they were based in the suburb of Owlerton)and United as the coveted Blades, and the name has stuck ever since.

If you want to build a brand, jump on that logo quickly. 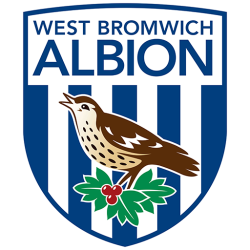 This highlights the human, artistic touch that makes great design something that can’t be done by a machine. Modern design might say that there are too many colors here, that the image of the thrush perched on a hawthorn branch doesn’t match the stripes and vice-versa.

Some designer though, saw the possibilities in this unlikely combination. The design pops, and while it doesn’t quite intimidate, it communicates. You get the sense of a pastoral, provincial, small team with a lot of pride. 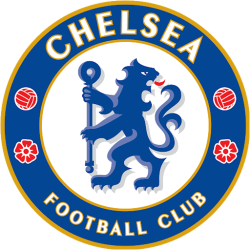 It took me years to realize the animal in the Chelsea crest was supposed to be a lion. It looks more like me at 2:30 on a Saturday afternoon looking over my shoulder to see if anyone can see me digging through the fridge.

That aside, this is actually a pretty solid design. Centered around an iconic symbol, there’s plenty of contrast and information without feeling cluttered. The shadowing on the lion makes it look a bit modern without being anachronistic. It communicates pride and strength for a club that always expects to fight for the top spots in the league.

If you told me a crest had four colors, a lion, a star, initials, and a shield shape, my knee-jerk response is that it sounds too busy, but this is one of the badges that actually kinda works.

The shapes are simplified enough that every element remains clear, and there’s actually plenty of negative space within the badge. The shield projects strength, and the rampant lion screams ferocity.

A couple years ago, the badge featured the word “Prepared” under the lion, but it was wisely removed. For a team that barely escaped being relegated to a lower-tier league last season, it’s probably best to not make promises like that. 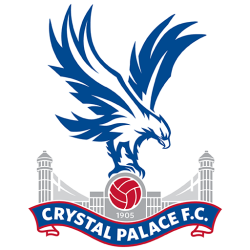 A giant eagle swooping down upon the eponymous London building, clutching a ball? I like it. It sounds like something I saw Godzilla fight in a movie from 1974.

The design has a great balance of detail and clarity. The eagle and the palace hall both have a lot going on, but the overall design never feels cluttered, partially because each line has the proper weight. You can incorporate a lot of detail into effective modern design, you just have to know how to balance the image. 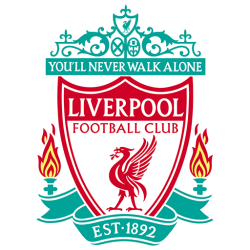 The most perfect, stirring design for the greatest club in history.

I lied about the bias.

But the liver bird still occupies the heart of balanced elements, from the Shankly gate motif with the club’s motto to the eternal flames commemorating the 96 fans lost in the Hillsborough disaster, every element is evocative and gives an impression, even to those unfamiliar with the team.

Do you agree with our logo ranking? What about your friends? Share this and see where they would rank the crests.