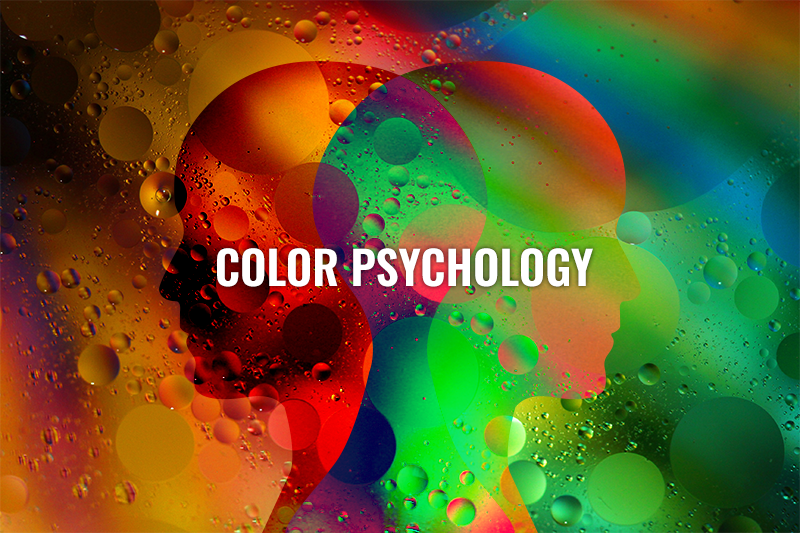 The science and art of finding meaning in every color.

If we could boil down our entire series on color to a single idea, it might well be “colors send a message.”

Whether in branding or web design, color choices communicate different things to users. We touched on what choices may work best for your business, and even provided a downloadable color palette guide to help you come up with designer-tested combos.

Underlying the theories of the role color plays in marketing is the fascinating research done on color psychology.

While we touched on color psychology in our post on branding, we knew we wanted to circle back and take a closer look in this, the last post in our series on color.

Color psychology helps us find meanings in colors, but it also shows how flexible many of these interpretations are and how important context is. Where your audience is coming from makes a difference in the meaning they discern from certain colors.

When you combine an understanding of color psychology with insightful consideration of your audience, you unlock a powerful communication tool for yourself and your clients.

We’ll begin by getting into the history of color psychology before we take a look, color by color, at the whole rainbow.

The Foundations of Color Psychology

In the 2004 Athens Summer Olympics, six athletes went undefeated in a mix of wrestling,  taekwondo, and boxing events. An impressive feat on its own, but also all six athletes’ performances became part of a study in color psychology.

As outlined by Adam Alter in his book Drunk Tank Pink and Other Unexpected Forces that Shape How we Think, Feel, and Behave, researchers noted something all six athletes had in common: they were randomly assigned red uniforms for all of their matches.

Each of the events the athletes participated in were judged, making the outcome at least somewhat more subjective than, say, a foot race.

Researchers went through all 457 boxing,  taekwondo, and Greco-Roman & freestyle wrestling matches from the 2004 Olympics and found that competitors in red won 55% of their bouts compared to their opponents in blue.

Where opponents were considered evenly matched (that is, identically seeded), the effect of color was even more dramatic. The red-clad athlete won 62% of the time.

Another group of researchers asked 42 professional  taekwondo referees to score a videotaped match according to standard rules (two points for striking the opponent in the face, one for the body, and a one-point deduction for a foul).

Half the referees were shown the original footage of the match, with one fighter in red and the other in blue. The referees awarded the red fighter the win, with an average score of 8 to 7.

The other group of referees were shown digitally altered footage that swapped the color of the fighters’ uniforms so the fighter wearing red in the original was now in blue and vice-versa. Since the fight was the exact same, the scores should have been the same as well.

However, the second group of referees reversed the first group’s judgement, also awarding red the victory with an average score of 8 to 7.

These two studies may show us color psychology acting in the minds of both athletes and neutral judges. The color red is associated with aggression, possibly because our faces flush when angry or exerting ourselves physically.

This may have impacted the mindset of both the athlete in red and the athlete in blue, with one becoming more aggressive and the other more intimidated.

We see this perception in the judgment of the referees who, despite having supposedly objective standards, perceived the red fighter as more aggressive and earning more points.

This is a (relatively) recent study, and the history of color psychology is almost as old as psychology itself. As Alter explains, however, that early foundation has proven shaky.

Alter writes that fields like Physics, Chemistry, and Neurosurgery are, “protected from uneducated opinions because physicists, surgeons, and chemists focus on tiny abstract concepts like quarks, strings, neurons, and molecules.”

Color, on the other hand, is all around us. Which means, according to Alter, that “Even novices have basic theories about the role colors play in human psychology.”

Early theories about color were handled with more enthusiasm than rigor.  It wasn’t until the mid-20th century that the effects of color began to be bolstered by sound, peer-reviewed research.

The Science of Color

In 1979, Professor Alexander Schauss released a landmark study. He had a group of individuals stare at two pieces of cardboard: one blue and one pink. He measured their strength using a dynamometer and compared the results.

Every participant in this study squeezed the dynamometer more weakly after staring at the pink cardboard. The results caused a minor sensation.

The guards at the Naval Correctional Center in Seattle painted their holding cell bright pink and saw a total elimination of violent incidents with people held in that cell. The shade of pink, officially known as Baker-Miller Pink, acquired the nickname “drunk tank pink.”

Prisons, dentists’ offices, and psychiatrists offices all started using the color. Football teams (including the CSU Rams, as mentioned in Alter’s book) painted visiting team locker rooms bright pink. Some facilities said the effect was so strong, they had to limit exposure to it.

Later research confirmed this effect, though their remains some debate as to its strength. Beyond doubt, though, is that the colors around us have an impact—one that can be quite noticeable.

These effects are fun to talk about, but they do have a dark side. Colors only have meaning because we give them meaning, and we often bring baggage to that equation.

Our ingrained cultural attitudes inform how we perceive color. That includes racist and sexist stereotypes. Part of the reason we associate pink with weakness is that we associate both with femininity.

We see the same effect when we look at the color black, which is associated with aggression and malice (as demonstrated with a study looking at fouls committed by professional hockey and football players wearing black uniforms), due in large part to racist attitudes toward Black people.

When we use color, we use it in context. It’s important to ask ourselves whether we’re unconsciously leaning on stereotypes and—in doing so—further empowering them.

Beyond being aware of your own cultural associations, it’s also important to keep in mind that different cultures have some different color associations. Blue is often associated with calming waters, but in places like Hong Kong it’s more strongly tied with sadness.

As with all forms of communication, it’s crucial that you know your audience when it comes to employing color psychology.

With that said, let’s look at what US-based surveys from HubSpot and CoSchedule figured out.

With each color, we’re listing the top survey results for what American adults most associate with that color. Some of these may even be contradictory! Like we said, context matters. 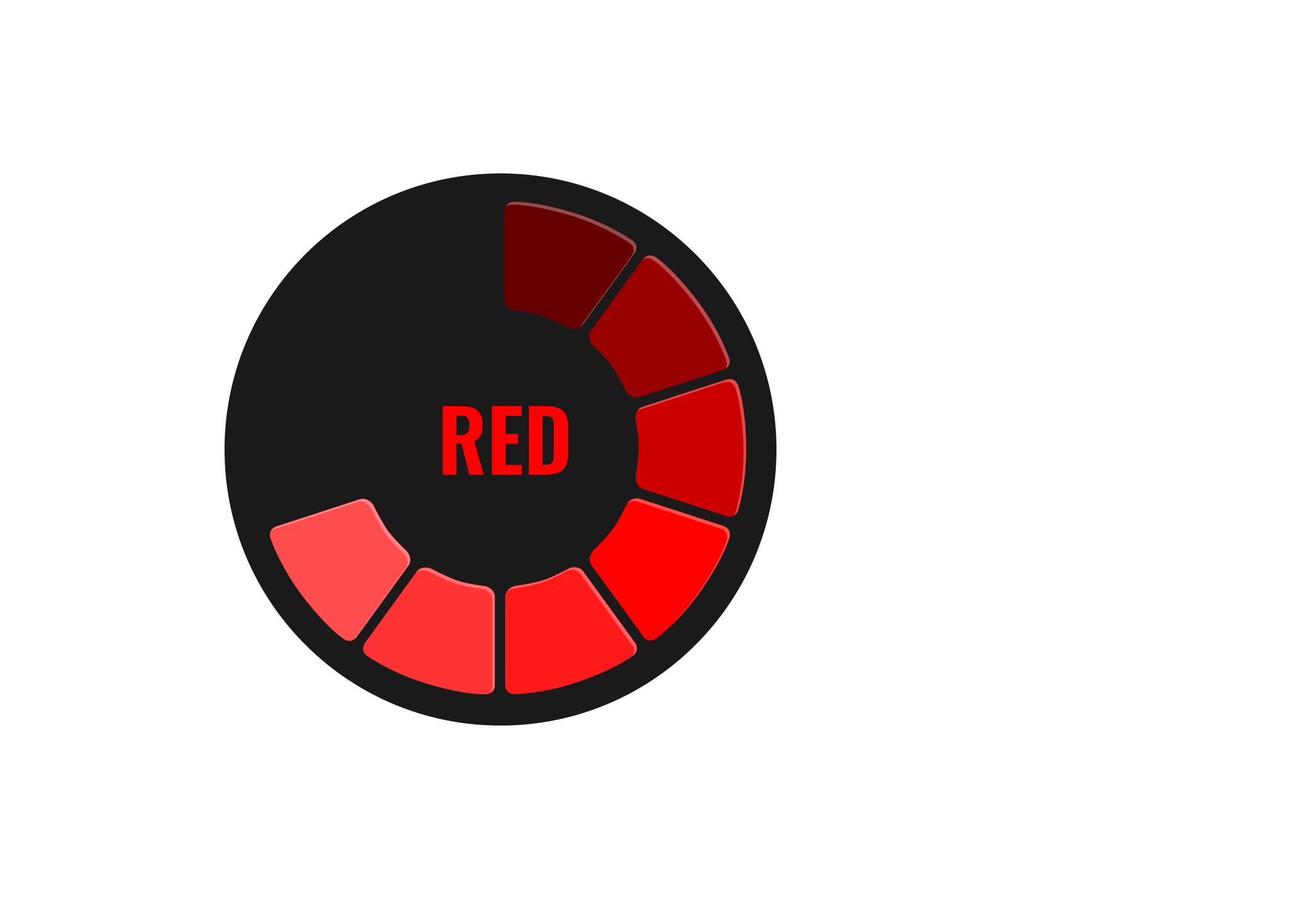 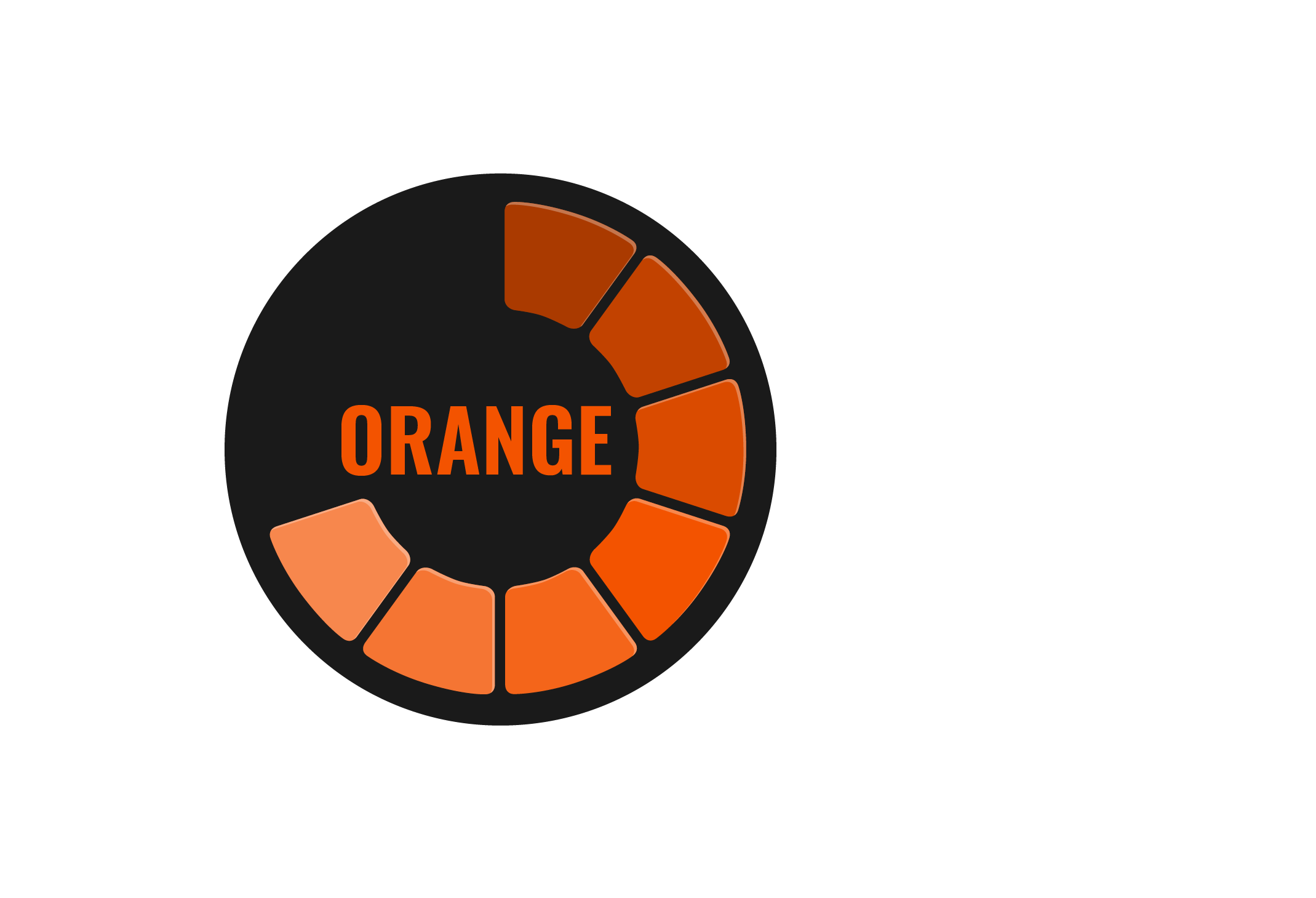 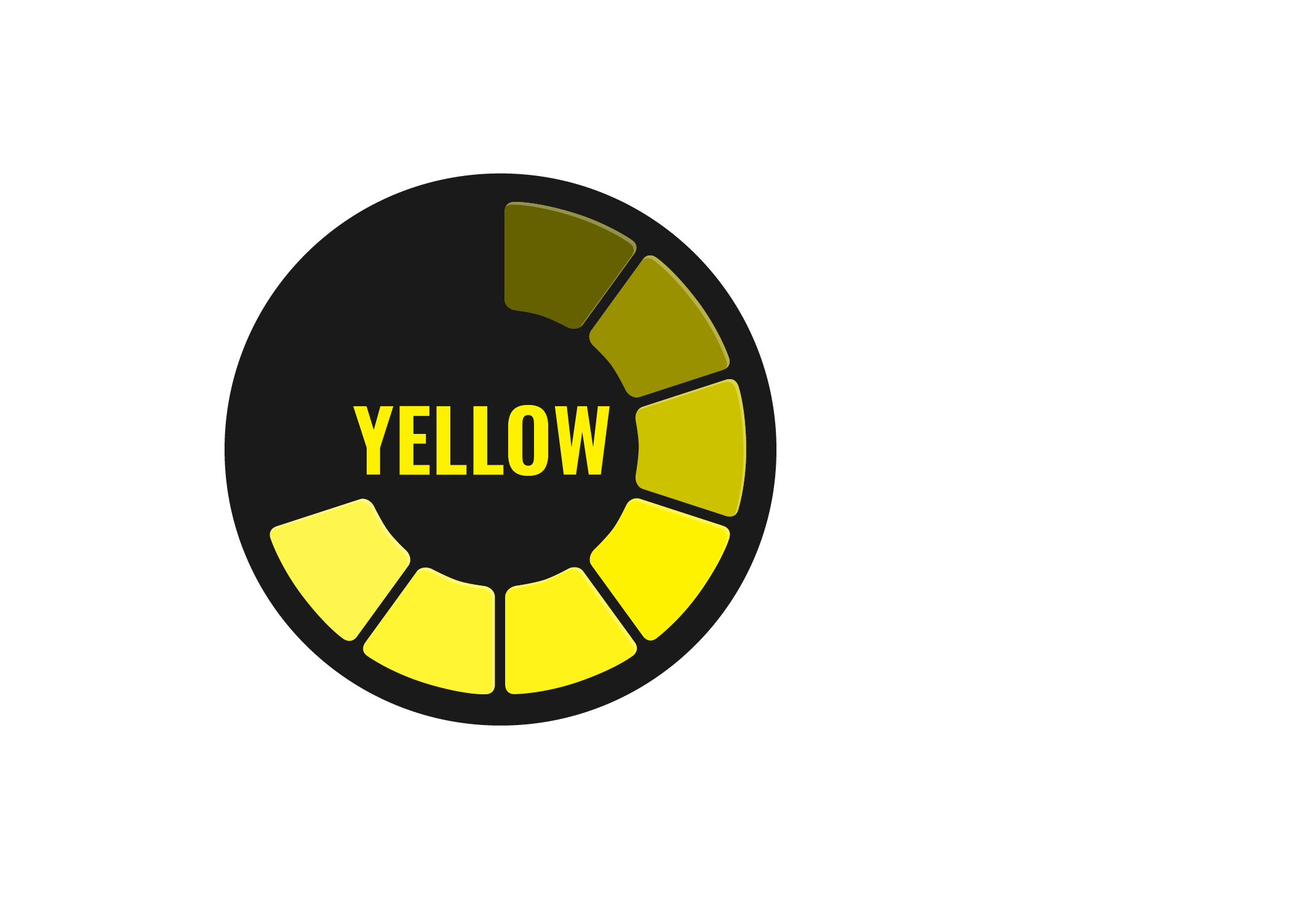 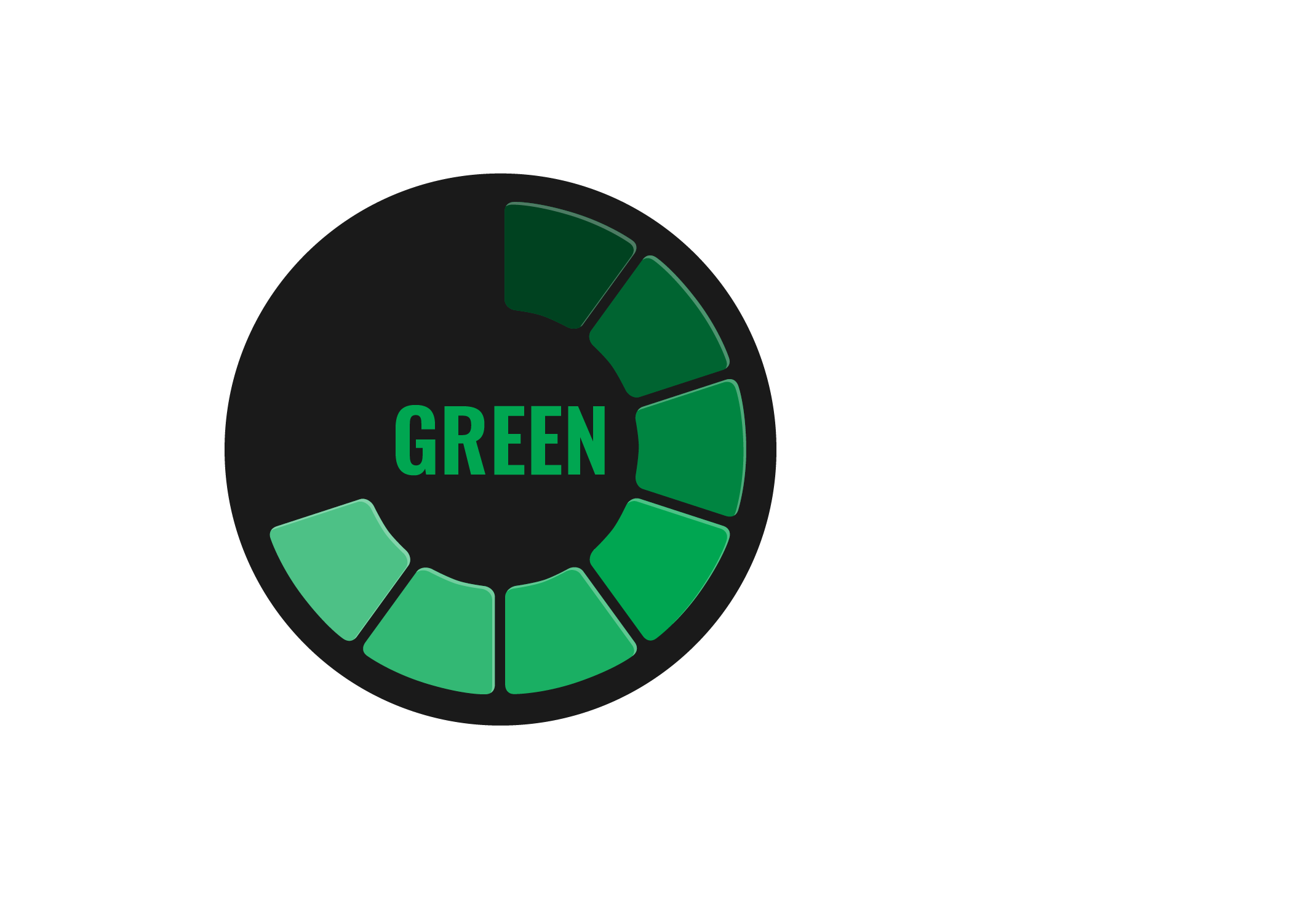 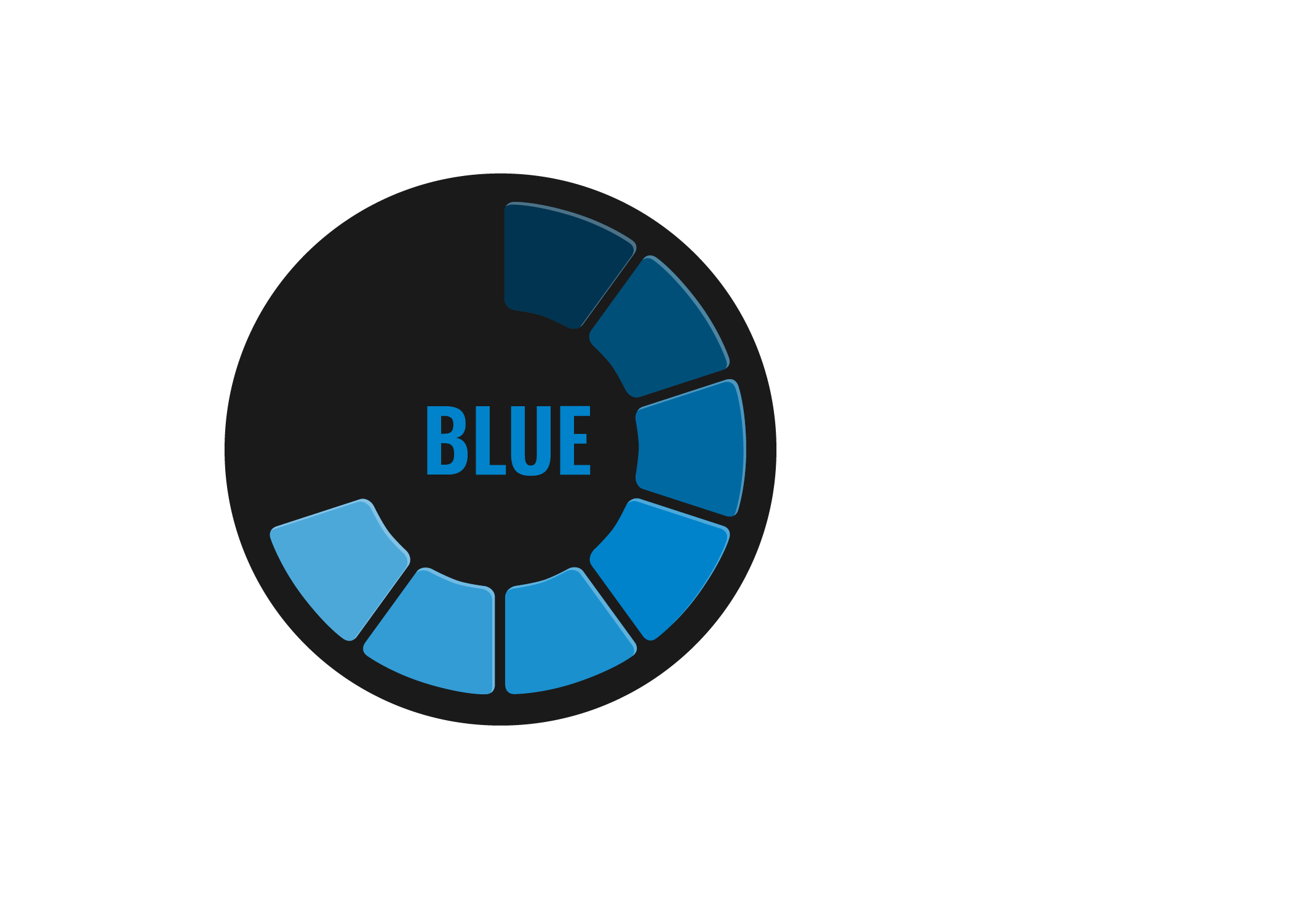 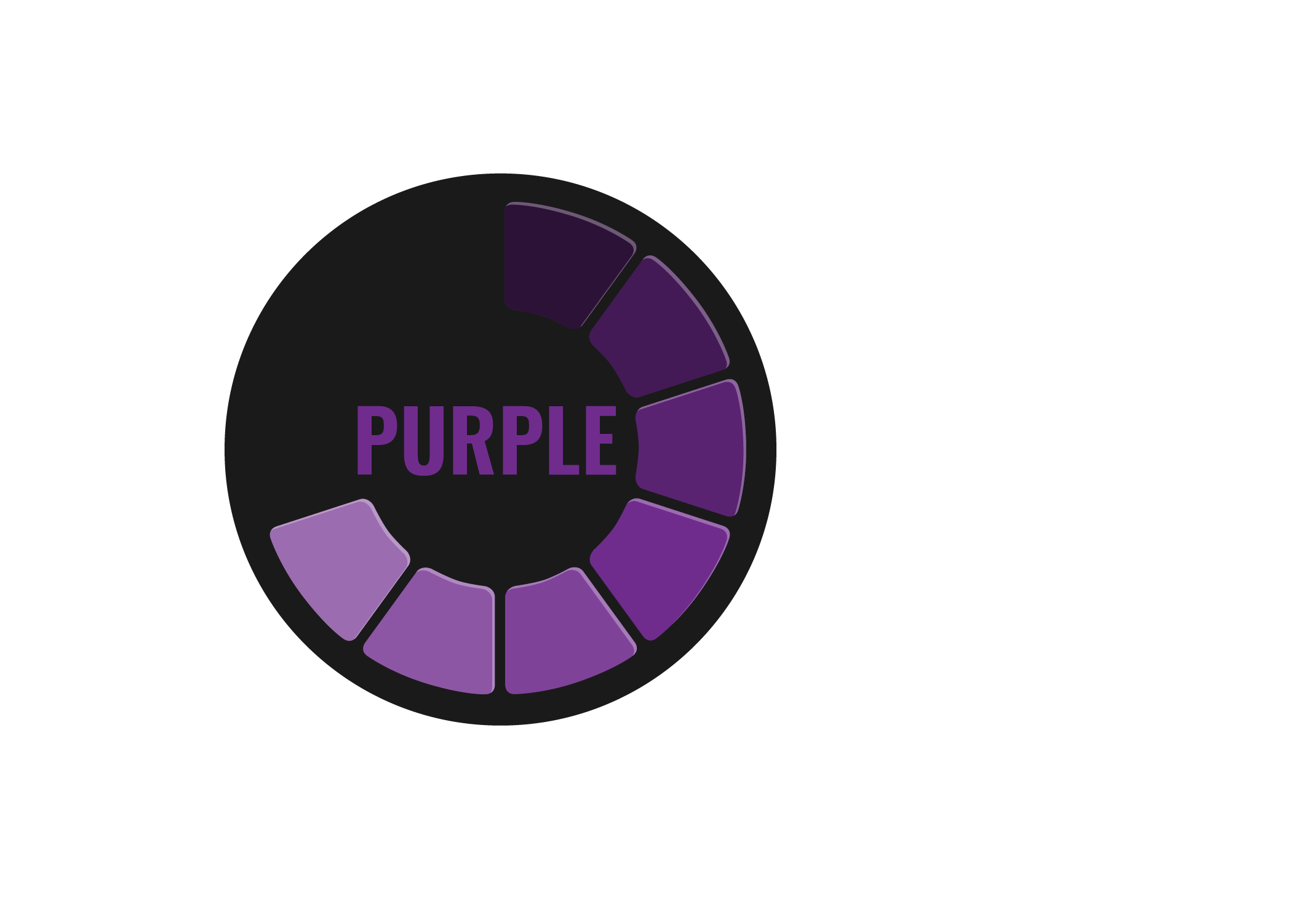 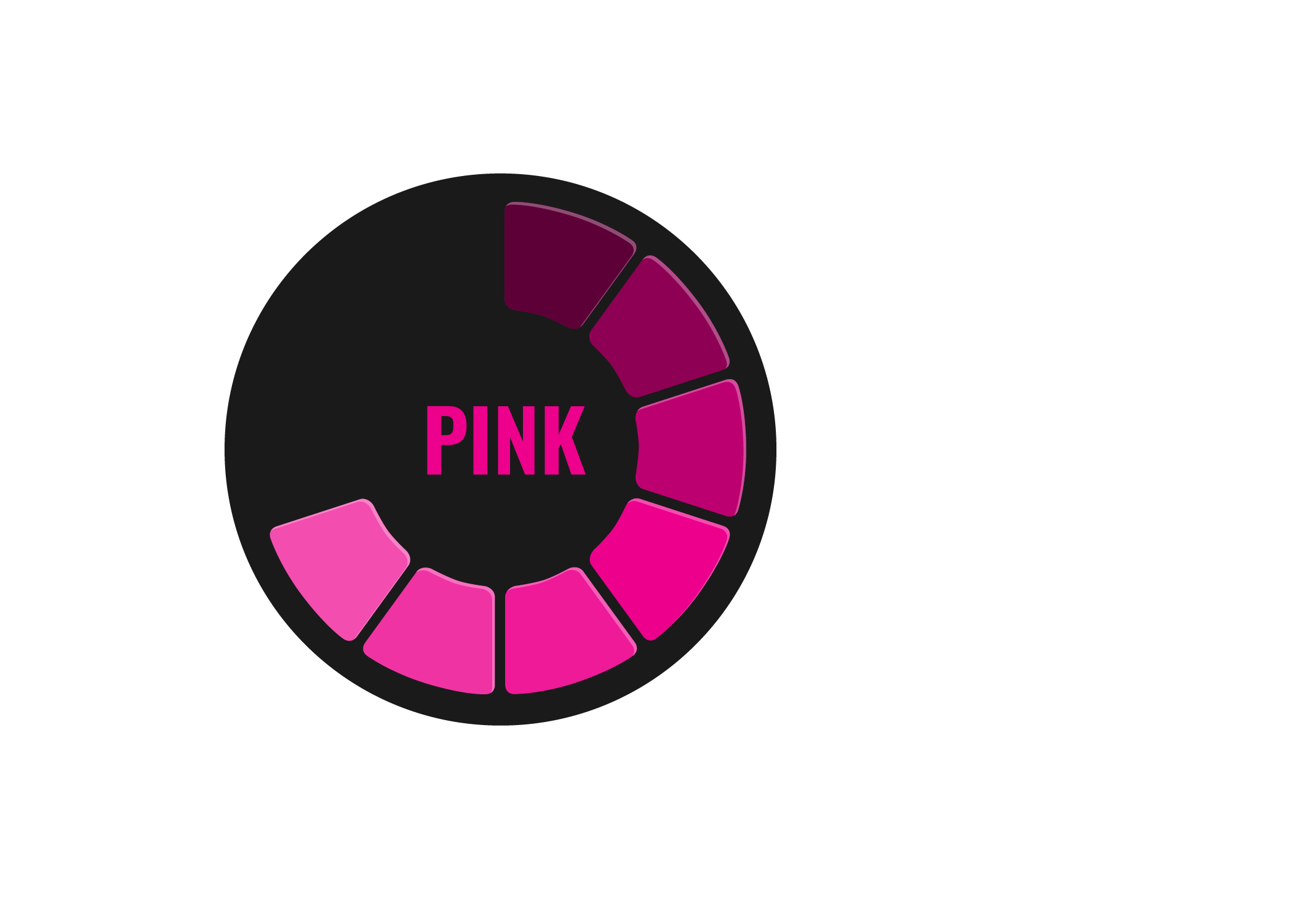 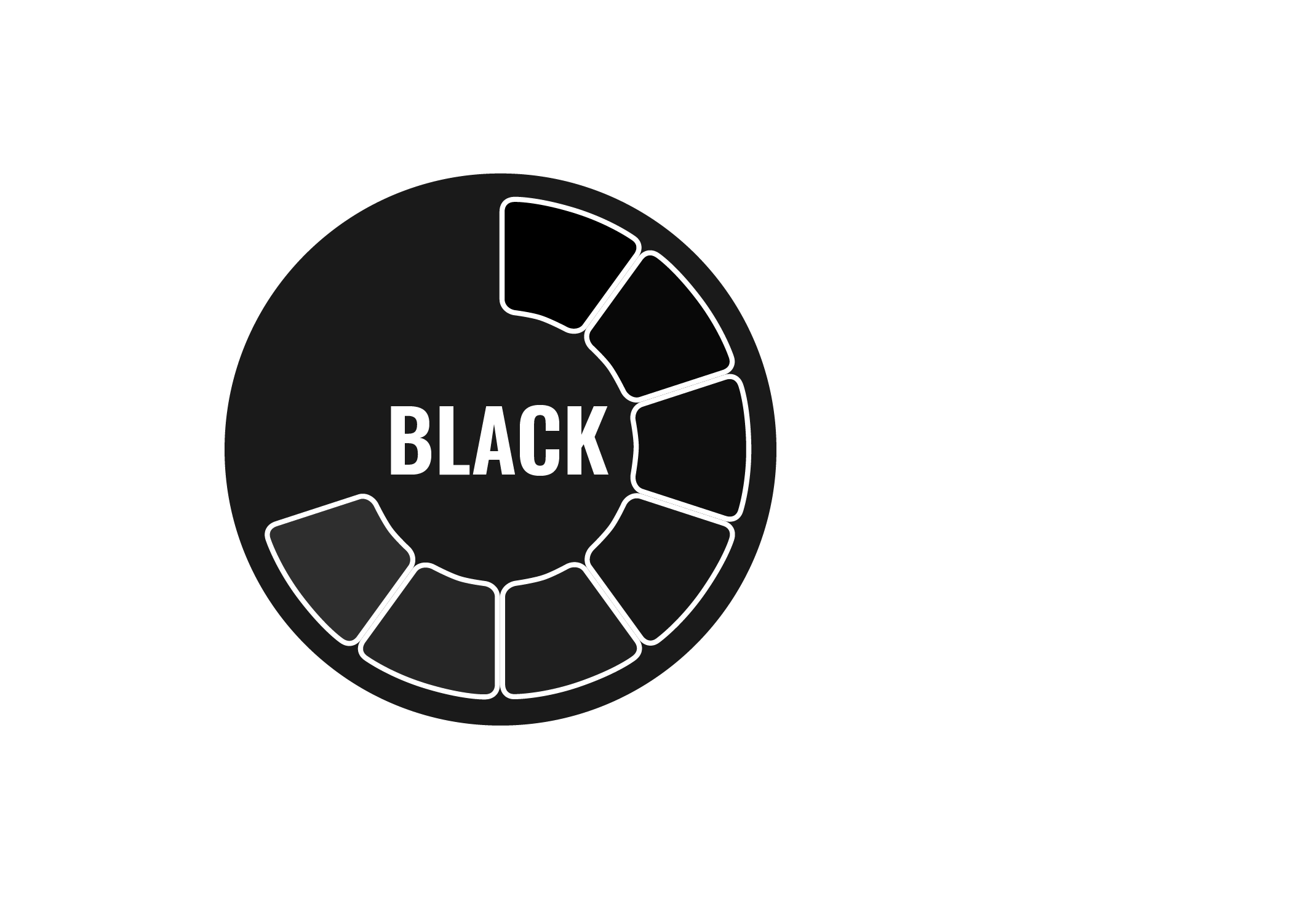 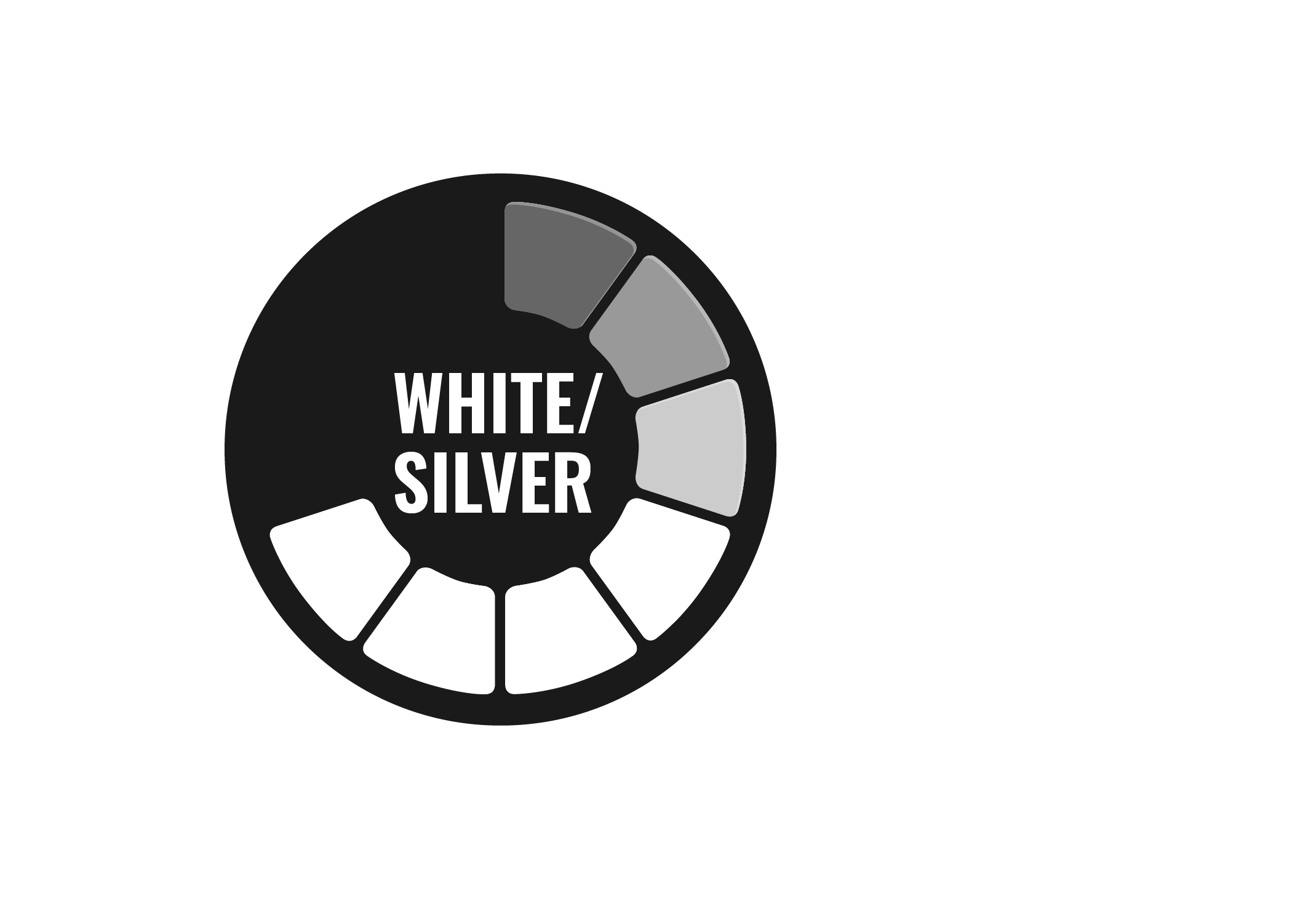 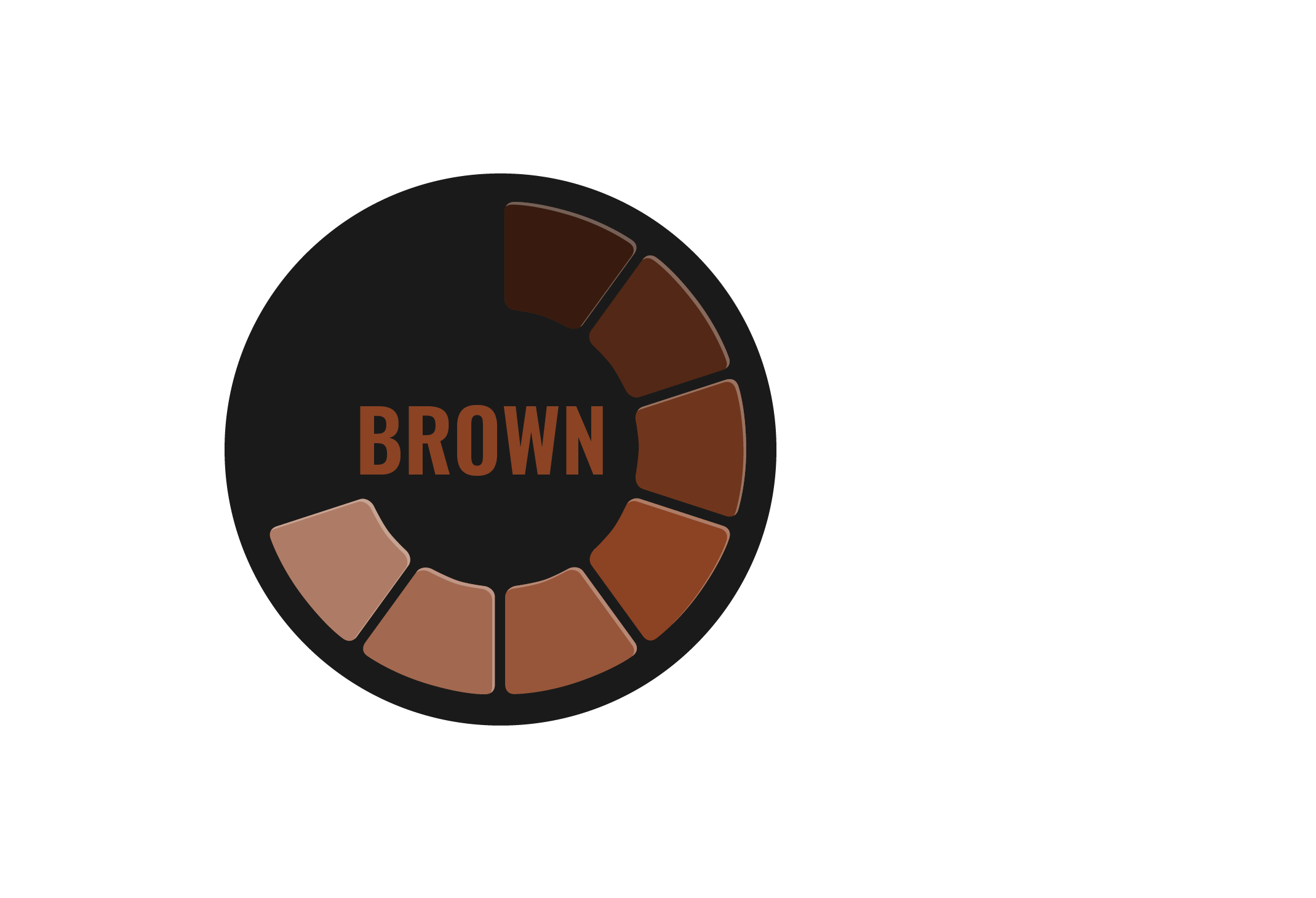 What are your thoughts about these associations? Are there any that you would change? What do you think of when you think of these colors?

With these general insights, combined with our earlier discussions of branding and design and our color palette guide, we hope these posts have given you tools to effectively employ and understand the power of color.

Similar to other effects in psychology, such as the halo effect, context has an immense role to play in overcoming the initial bias.

When it relates to organizational success, there are examples of successful organizations for every color in the rainbow. In every town there’s a small business with absolutely terrible color choices that are beloved.

In our color palette guide, we have over 60 palettes, and the majority of those could be effectively applied to any brand. In short, spend some time thinking about color—but don’t overthink it.

Often, the more time you spend agonizing over a decision, weighing the minutiae of every possible outcome, the less satisfied you are with the eventual choice, no matter what it is.

Don’t let perceived negatives about your brand colors prevent you from making the choice that works best for you.

Our award-winning design team has put together this fresh, downloadable Color Palette Guide with 60 proven combinations to fit your business, brand, and style.