Adobe InDesign is regularly improving and maintaining its status as the industry leader in desktop publishing software.  For most professionally designed fliers, posters, books, or eBooks you come across, chances are, it was built through InDesign.

Version 15 of InDesign debuted this past November, bringing with it a slew of new features. Another patch, (v. 15.0.2), was released just last month, making this a great time to look at some of the most exciting new features in the latest version of this powerful software.

This is one of the headline changes in the new version of InDesign. Prior to this, when designers imported SVG (scalable vector graphics) from Creative Cloud libraries, they were automatically converted to PNGs.

SVG is a file format that is growing in popularity and usability. It’s an XML-based format that describes images in terms of shapes, paths, text, and filter effects. The bottom-line is that SVG files can scale without distorting or pixelating the way a JPEG or PNG file might.

Consider a logo design. It’s an image that you’ll be using many times in a lot of different contexts. Exporting it as an SVG means that it looks just as sharp on a business card as on a billboard and gives you high quality graphics on the web—even on mobile devices.

This new feature takes the headache away from incorporating SVGs into your InDesign projects. 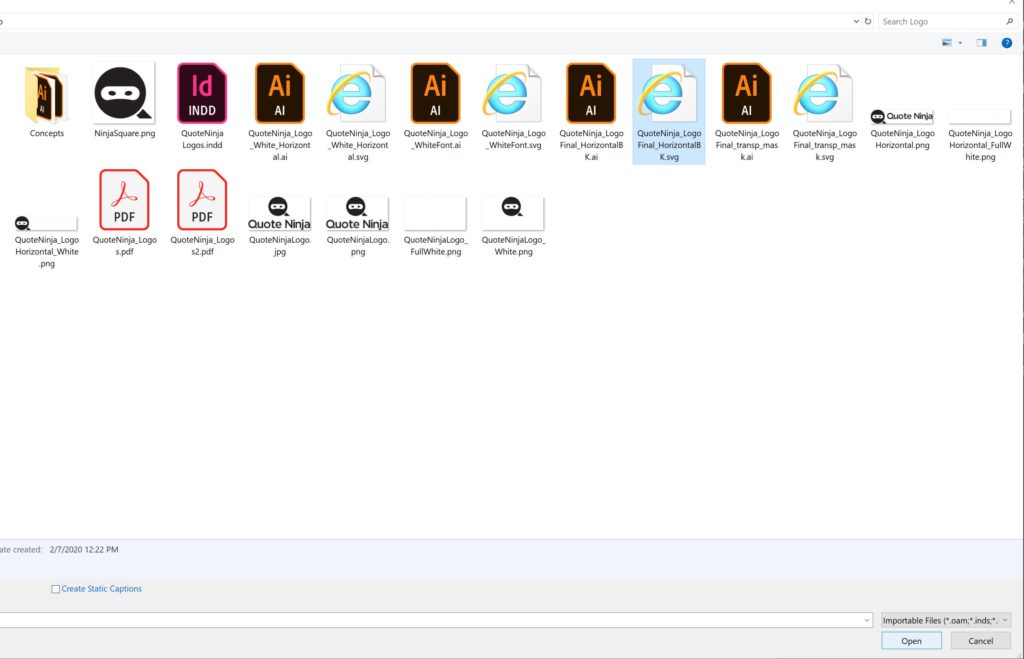 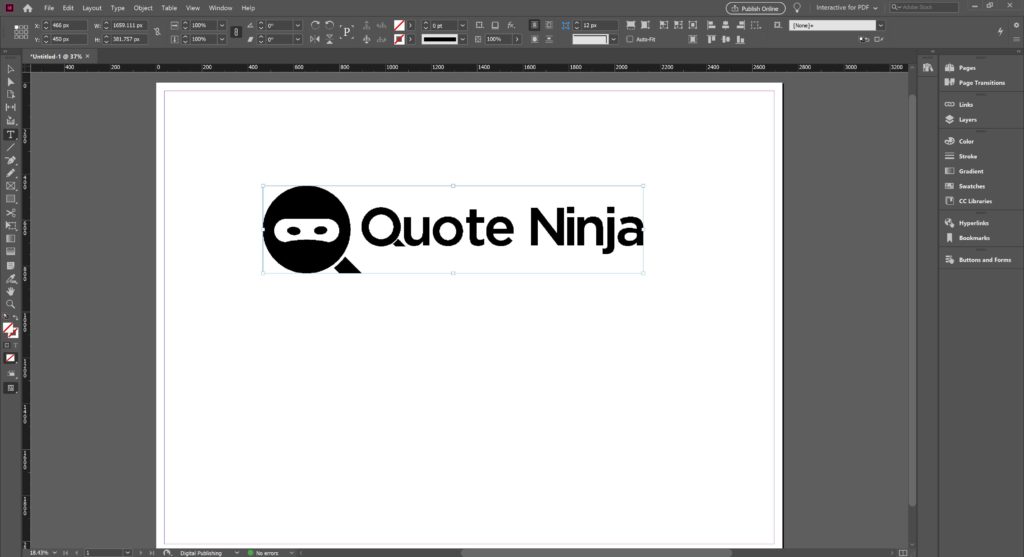 There’s a new category of OpenType fonts in the latest iteration of InDesign. Variable fonts offer the designer a high degree of control over multiple aspects of certain typefaces.

Slider controls allow the designer to adjust the weight, width and slant of the font, meaning they are no longer limited to the preset styles for each font. Font weight can range from ultra-thin to very heavy bold. Width and slant controls similarly offer a wide spectrum between extremes.

This increased customization is great for designers as it allows them to use the right typeface for their specific designs without worrying about a preset option not looking quite as right. Every variation they use on their key fonts can be fine-tuned to look as sharp as possible.

Note that only certain fonts in the library can be used this way. Look for the “VAR” icon next to the font in the menu. 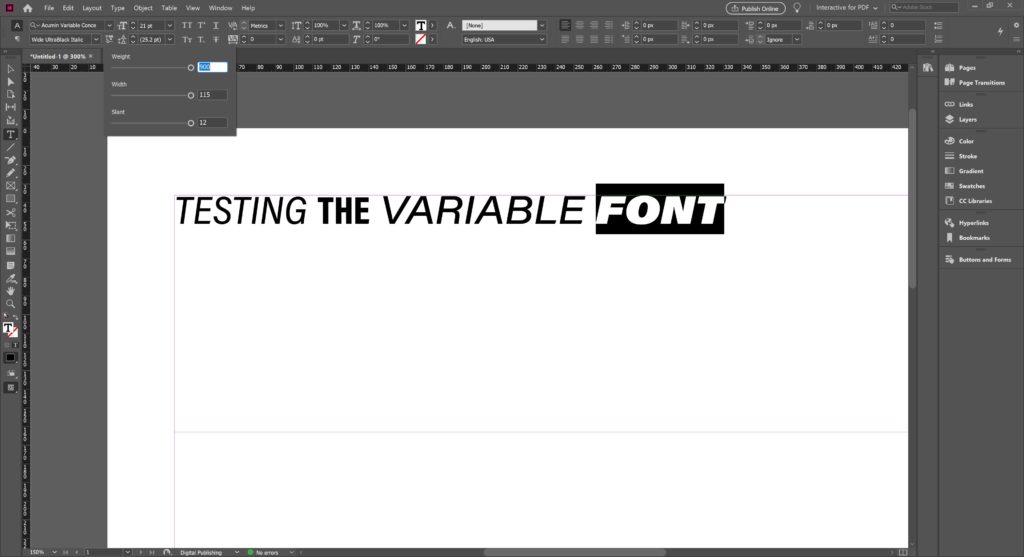 Glamorous? No. But anyone whose InDesign projects feature a lot of text will be grateful for this one.

Imagine powering through a routine spell check on a 20,000-word document. You get into such a rhythm—clicking “accept” with reckless abandon—that you notice only too late that you accidentally accepted a change you didn’t want to make. In previous versions of InDesign, you had to cycle through the rest of the document before circling back to the one correction you needed to make.

This new feature allows you to reverse the direction of your spell check, bringing InDesign in line with most word processors and saving writers and editors a lot of stress and time. 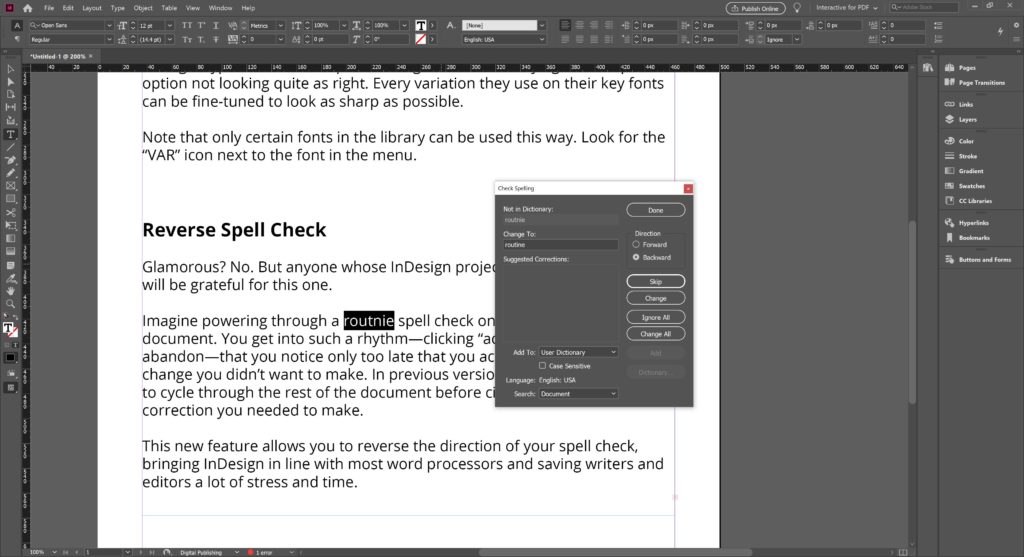 If your document features an image that’s close to what you’re looking for, but could be better, this new feature could save you time combing through different stock photo libraries.

Just right-click on the graphic in your InDesign document and select “Find Similar Images.” InDesign searches Adobe Stock and lists everything in their library which visually matches the selected image. You can even refine the search by cropping specific areas of the source image.

The search is based only on the content of the images and therefore doesn’t filter for similar scale, zoom, or resolution. Still, if you’re looking for the perfect image, this makes the search significantly easier. 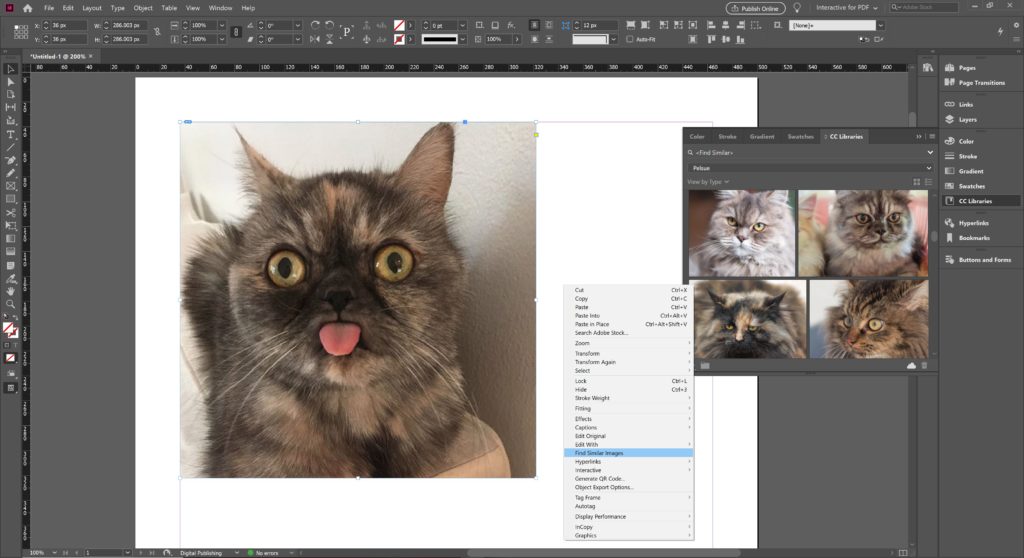 Back in 2017, Adobe announced it would stop updating and distributing Flash Player at the end of 2020, in light of it being made obsolete by newer open formats (like HTML5).

In preparation for this change, the latest version of InDesign no longer supports the placing, importing, exporting, or linking of Flash files—FLV, F4V, or SWF.

Since most designers have moved on to more advanced file formats, this should not disrupt most users. Still, it marks the end of an era and can lead some people to familiarize themselves with new file formats. 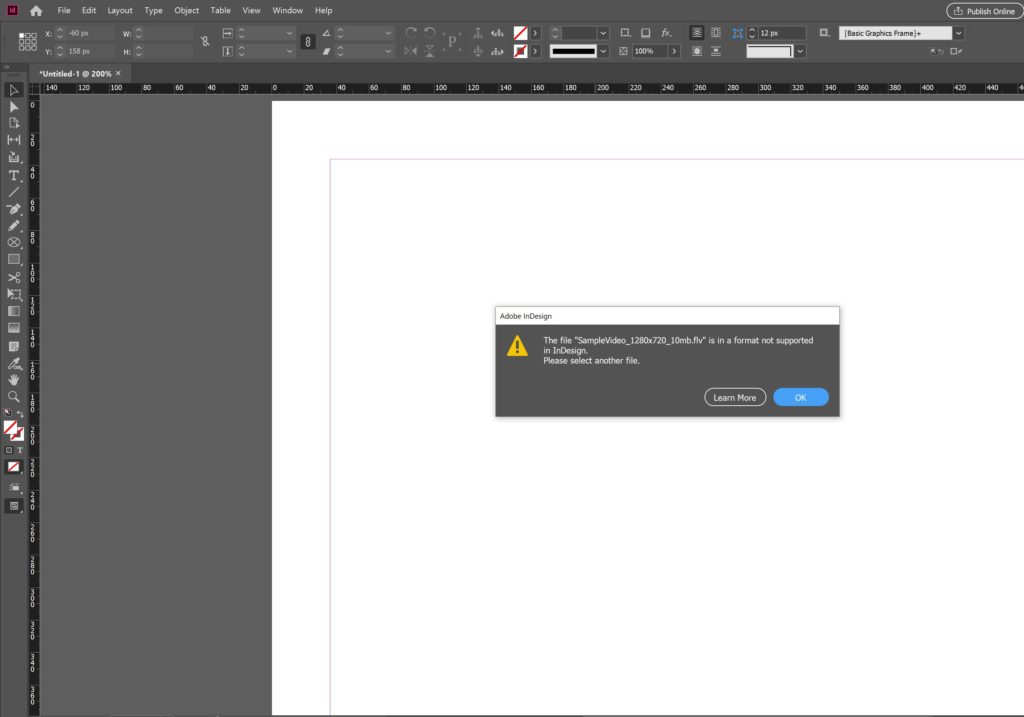 They Didn’t Stop There

If you’re looking to put together professional and attractive documents, and you haven’t given InDesign a try, now may be a good time to hop on the bandwagon! If you’re a beginner and you would like a more basic tutorial on some of InDesign’s top features, check out 5 Reasons Why Adobe InDesign Rocks!